#Resolution4Rare: Global campaign for the first UN Resolution on Persons Living with a Rare Disease

Home » #Resolution4Rare: Global campaign for the first UN Resolution on Persons Living with a Rare Disease 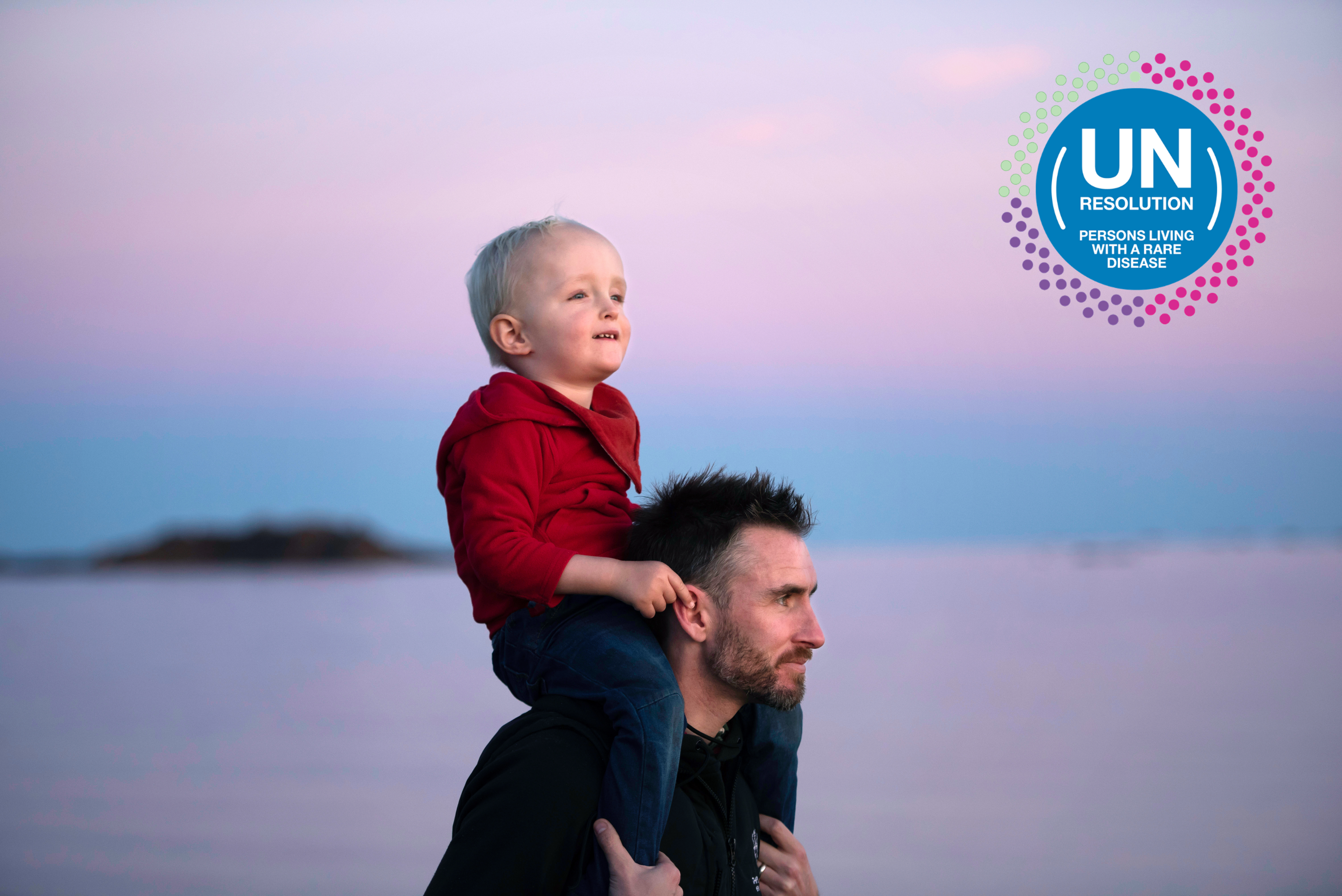 EURORDIS-Rare Diseases Europe, in collaboration with Rare Diseases International and the NGO Committee for Rare Diseases, has developed a toolkit to support the call for a UN Resolution on Addressing the Challenges of Persons Living with a Rare Disease and their Families.

Vulnerability, exclusion and inequity are the reason why the challenges of people with rare diseases need to be positioned as a human rights issue and addressed by the international community at the global level.

To ensure the adoption of the UN General Assembly Resolution, the global rare disease community needs to come together and advocate for change at the local, national and international levels.

On 29 April, Rare Diseases International, EURORDIS, and the NGO Committee for Rare Diseases launched a toolkit to support the global call for the UN Resolution in 2021.

These tools include free, downloadable and regularly updated social media messages, press statements, and advocacy materials, designed to empower people living with a rare disease and address their needs at the global level.

EURORDIS, Rare Diseases International and the NGO Committee for Rare Diseases are urging the United Nations Member States to recognise the challenges facing the global rare disease community and adopt the first-ever UN Resolution to promote inclusion and protect the human rights of people living with a rare disease worldwide.

The overarching goal of the campaign is to recognise that people affected by a rare disease are an overlooked population requiring immediate and urgent attention and overarching policies, which address their needs and contribute to achieving the 2030 Sustainable Development Goals.

The Resolution is an important step towards global recognition and greater visibility for the rare disease community. It would support international policies and programmes addressing rare diseases and help empower national rare disease groups advocating to improve the lives of people living with a rare disease.

A growing number of UN Member States, including Brazil, Spain and Qatar, are already championing the call for the adoption of the UN General Assembly Resolution this year. They recognise the power of the proposed initiative in strengthening the global human rights agenda and advancing the UN 2030 Agenda, rooted in the commitment to “leave no one behind”.

We are calling upon all 193 Member States of the General Assembly to fulfil their commitment to driving forward positive change and adopt the Resolution in 2021.

There are over 300 million people living with one or more of over 6,000 identified rare diseases around the world. Each rare disease may only affect a handful of people, but taken together the number of people directly affected is equivalent to the population of the world’s third largest country.

Notwithstanding the large number of people affected by a rare disease, the general lack of public awareness and expertise constraints mean that people with rare diseases and their families are often marginalised and neglected in national health systems and social policies.

Addressing the needs and challenges of people living with rare disease should be a human rights and social equity priority.We call on the public, civil society groups, governments and all interested parties to join the call for the adoption of the UN Resolution before the end of 2021.