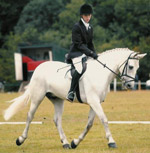 Friedreich’s Ataxia is a genetic and progressive disorder of the central nervous system where the general symptoms are clumsiness, difficulties with balance, lack of coordination and in time, a slurring of speech. ‘When Helen was 12, she started having back pain and consulted an orthopaedic surgeon for scoliosis. He recommended two 6-hour operations. In between these back operations, I feared something else would be wrong with Helen but the orthopaedic consultant dismissed my concerns,’ recalls Mary Kearney, Helen and Brona’s mother. Eight months after surgery, Helen developed severe pain in her left shoulder. A physiotherapist said she had a problem with her joints. ‘I could see that Helen had trouble with her coordination, so in June 2002 I took her to a neurologist who diagnosed Friedreich’s Ataxia. I was very upset and remember trying to be optimistic and telling Helen that she probably wouldn’t need a wheelchair until she was 40,’ says Mary Kearney. But Helen realised that she would probably need one lon 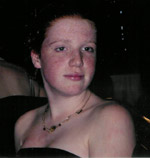 g before that. ‘I was just a teenager but I knew it was serious and it felt bad. It put worries about pimples and growing pains into sharp perspective,’ says the 18-year-old Helen.

Because of the genetic factor, Mary knew that her two other children, John and Brona, were at risk and they were tested the summer after Helen’s diagnosis. Brona was found positive and John negative. ‘I was surprised because my balance had always seemed better than Helen’s at that time. I wasn’t that upset because I didn’t really realise what it meant. It really sunk in about two years later and I was very down then,’ remembers Brona, now aged 15.

Mary is a working mum and Euro-Ataxia‘s secretary since 2004. After their daughters’ diagnosis, she and her husband Michael did consider reducing their workload. ‘It was important that my children didn’t think their disability would mean changes for me. Michael asked Brona and Helen what they thought of his idea to give up work and their immediate reaction was, “But who would pay for our horse-riding?” So we maintained our jobs and tried to keep things as they were before,’ says Mary.

The two girls lead as normal a life as possible. Helen finds it difficult to walk when tired or in the dark but can mount her white pony Robin without any assistance. Her riding teacher said of her that she has become ‘a leading performer for her age in dressage and show-jumping.’ Brona found that horse-riding was a little harder after her back surgery but she thinks that keeping active is essential for Friedreich’s Ataxia sufferers. ‘My main interests would be in hunting, endurance riding, trekking and sometimes cross country. School is OK because I am able to walk around the place with everyone else. The only hard part is that I am not able to play sports with them because I am not as fast or active as everyone else,’ declares Brona.

Helen always talks about her disease through Robin, her white pony: ‘I don’t worry about suffering a deadly tumble. I’m not going to live my life in fear of falling off my horse. Robin is gentle and even if I fall off, he never gallops away. He minds me.’

This article was previously published in the October 2007 issue of our newsletter.