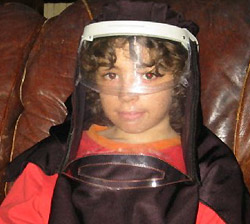 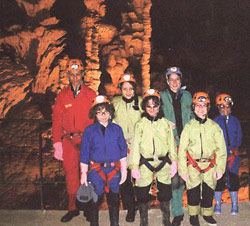 The doctors’ advice was to “let them live a normal life”. They could offer nothing more in view of the severe and irreversible effects of the disease.

In other words, let them live in the light, outside as well as inside, and give in to the life-threatening cancerous lesions and the loss of sight that would ensue. (As well as the neurological complications manifested in the case of certain forms of this recessive disease, which has been linked in recent years to 8 different genes).

Everything was perfect according to Françoise and Bernard Séris until the twins were two, when the appearance of freckles on Vincent’s cheeks and the stye on Thomas’ eye prompted them to visit a dermatologist. Once the initial shock of the diagnosis died down, the questions began. But there were no answers. A family member – a GP – gave them a copy of the medical magazine, Quotidien du Médecin. An article confirmed that sunlight was fatal and also that gene therapy research existed. “Three months after the diagnosis, our fears had been confirmed and our hopes had been raised. We decided that we would do our utmost to slow down the progression of the disease.”

They went beyond the imaginable. Even though they have three other children, the family lived with the shutters permanently drawn until Françoise Séris, inspired by a bright idea used by museums, covered the windows of the house, of the camper van and even of the school (after a tough battle) with a UV-blocking film. According to the “Tips for families” section on the organisation’s website, this protective measure should be systematic. In the section on prevention they advise on the risks associated with reflection from sand, snow and water as well as the risks presented by halogens and lighting in public places. One solution is to carry a dosimeter everywhere (to read UV levels). And if the levels are high, protective creams, glasses and clothing are a must. Even long hair serves as a barrier.

“We live by night” explains Françoise Séris. She set up an annual “Paris by night” event and summer camps based in a high school. “Breakfast is at midday, activities take place in the canteen in the afternoon and after tea (around 9pm) the real fun begins: swimming in the sea, going round a fire station, golf, ice-skating, excursions of all kinds, all open at night thanks to the goodwill of the people involved.” Other outings such as the “24 heures du Mans” team visits and caving weekends are possible once a dummy run has been made. “It gives families the chance to meet each other and children the means to build an imaginative life: it’s important to have something to tell your friends about.”

What impact does this level of protection have? “We don’t have the objectivity to evaluate it scientifically, but it is definitely slowing the disease down. After three skin cancers in the first four months following diagnosis, Vincent has had no further symptoms. Like his brother, at 12 years old, he is doing well, when the dermatologist originally said the signs ‘were not good’. Some teenagers have badly scarred faces because of repeated tissue removal and skin grafts.” Given the importance of prevention, the UK patient organisation, one of only three worldwide and like the others active across national borders, finds it difficult to understand why the project for a protective suit with integrated mask developed by the European Space Agency is at a standstill. “Our two organisations were consulted and now nothing is happening. Yet it is of vital importance” points out Sandra Webb. However she gains satisfaction from a recent first: the pluridisciplinary consultation which took place in Brighton. “It is the first step on the path to the disease being recognised globally rather than as a set of dermatological symptoms.” This plea is taken up by the organisation in France where protective creams are not reimbursed. “Our initial aim was to back research, but with the psychological and financial hardship experienced by families we have made support for individuals, prevention, early diagnosis and information for doctors our priority. There are no health care proposals. I think that community level action would be beneficial, beginning with funding for the European protective suit, in the hope that this project may come to fruition.”

—
This article was previously published in the December 2005 issue of our newsletter.