Uniting for the two million Ukrainians living with a rare disease 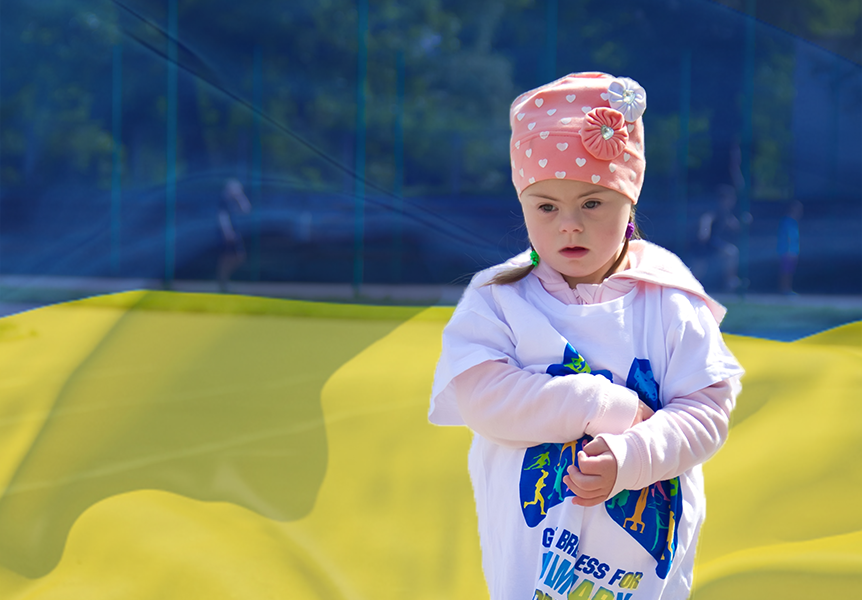 16 March, Paris – In light of the current humanitarian crisis in Ukraine, the rare disease patient community hasn’t been as prominent in the news. But ultimately, it is the two million Ukrainians living with a rare disease and their families who are among the most affected by the conflict, faced with the sizeable challenge of meeting the complex medical needs on their own and falling through the cracks of the humanitarian response.

Three weeks into Russia’s invasion of Ukraine, on 15 March, the EURORDIS’ Board of Directors held a meeting to review the situation of the rare disease patient community in the country and set the course of action. The response to this new crisis is at the core of the EURORDIS’ mission and values. It is believed that the overall situation might worsen, with many people with rare diseases and their carers being unable to travel to another country or access essential medicines and basic necessities in Ukraine and those who are able to leave the country facing challenges related to displacement.

EURORDIS’ response is two-fold: both immediately responding to the needs of people living with rare diseases and advocating on behalf of their specific needs with the support of our multistakeholder networks.

“Across Europe, EURORDIS plays a key role in raising attention to and catalysing support for the 30 million people living with a rare disease. Today, Ukraine is under siege, and it is our shared responsibility to ensure that no person living with a rare disease, whose conditions are often debilitating or need frequent and complex medical attention, is left behind. We need to be pragmatic in our response to this humanitarian emergency situation while already preparing medium- and long-term actions” – Terkel Andersen, President of the Board, EURORDIS-Rare Diseases Europe.

Preliminary reports of challenges are centred around getting complex care and treatment to people in a country whose healthcare system has been completely destabilised – this includes the key centres of expertise able to deliver care and treatments and the existing supply chains for this unique set of specialised treatments. Where there is a treatment for rare diseases, highly specialised clinical knowledge is required, often only available in specialised centres of care in Kyiv or in other areas. Many families who were able to relocate to the West of the country can no longer access therapies. Access to ‘ordinary’ care and treatments is also threatened and underestimated in their critical value, e.g. bandages for Epidermolysis Bullosa and respiratory rehabilitation for Cystic Fibrosis.

There is an urgent need for greater collaboration so that patients with rare diseases can receive medicines and medical devices through internal and international solidarity mechanisms. But most importantly, we need to ensure that patients in territories not controlled by the Ukrainian government can benefit through ‘aid corridors’. We encourage both governments and non-governmental organisations in border countries to do the best they can to expedite the export of relief supplies including essential rare disease medicines into Ukraine, especially considering that the Ukrainian government has lifted restrictions on importing medicines to reflect the humanitarian crisis.

The circumstances are particularly damaging for children. Families, where both parents are equal caregivers to their child, are unable to leave Ukraine due to border restrictions. Ukraine has already put in place significantly improved measures to help people with disabilities seeking to leave the country. However, a child with a rare disease who is dependent on the care of both accompanying parents or carers cannot flee the conflict. Two carers are often needed for a dependent with complex care needs, so we need to ensure that any child with a rare disease can safely leave the country.

Additionally, there is a need for fast tracks set up on both sides of the border for vulnerable people, including people living with a rare disease. We know of examples where people have had to abandon queues at the border after hours and sometimes days of waiting because their care needs couldn’t be met in transit and there was no way to be fast-tracked through to the other side. Though waiting times continue to vary, families transporting people with rare diseases often need this assurance before making the arduous decision to seek to leave.

Our assessment also highlights the difficulty in coordinating a response for a population that requires multifaceted needs. Registering displaced people living with rare diseases to allow adequate follow-up through health systems across borders remains a challenge. The European Reference Networks, alongside patient organisations and other networks, should play a greater role in identifying the patients in Ukraine living with rare diseases and assessing their needs.

Additional reports point to a need to best manage the exodus of people with a rare disease and their families leaving Ukraine with significant and specific needs. Since 24 February 2022, over 4 million people have fled their homes. Most displaced families who leave Ukraine seek refuge in the European Union, with many finding safety in neighbouring countries, such as Poland and Romania. In Poland, Ukrainians have been welcomed generously by local communities and supported by the Government, which has provided the same access to care as for Polish nationals and offered free train travel within the country. However, rare disease patients need support beyond other displaced people, for example, to find their speciality centres and access to specialised treatments, or for adapted housing – a role that patient organisations are mobilising to do within Poland. We recognise that many people from Ukraine will remain in Poland, it is important to support countries with the highest number of refugees to be able to manage an increased patient population. Additionally, as many will go to other countries within the EU, the Member States and expert centres need to anticipate and ideally facilitate the arrival of Ukrainian displaced persons across the Union.

“With today’s broad range of challenges, European action must draw on and coordinate the work of the Member States, European Reference Networks and patient organisations – in Ukraine, in neighbouring countries and across Europe. Our priority is to facilitate access to care and treatment to people with rare diseases in Ukraine but also fleeing families, liaising them with other families across the EU and establishing contacts with clinical experts to limit the disruption of care – including the management of health records. As the majority of patients are arriving in neighbouring countries, whose capacities are limited, this emergency calls into question the resilience of the European health system, in parallel with the acute pressures created by COVID-19. The EU has a chance to change the narrative that it cannot afford to miss by leveraging its resources and increasing investment in cross-border healthcare infrastructures to address the needs of the rare disease community. Now, more than ever, we need a coordinated, holistic approach to rare diseases to meet the challenges of today and the years to come,” – Yann Le Cam, EURORDIS Chief Executive Officer.

An estimated two million people in Ukraine live with a rare disease. This is around 5% of the population. However, numerous elements indicate a high number of patients without a proper diagnostic.

Since the outset of the war, patient organisations have been playing a strong role to support this vulnerable community. Patient organisations for Spinal Muscular Atrophy, Duchenne, Prader Willi syndrome, Cystic Fibrosis, Epidermolysis Bullosa, Myeloma, Melanoma, and Hemophilia have already helped hundreds of families. We also would like to recognise the efforts of National Alliances, disease-specific European Federations, respite care centres and individual member organisations who have reached out to their networks.

EURORDIS has been fully mobilised from day one of this crisis, to help people with rare diseases in Ukraine and those fleeing the country during these difficult times. In particular, we have

What you can do to help: join EURORDIS as a volunteer to respond to this humanitarian crisis

If yes, please send an email to helpukraine@eurordis.org with

We will do our best to match you with an organisation or task where you can help.

At a time when Ukraine is on the brink and so much is at stake, international engagement and support need to be rebalanced to include special assistance to the two million Ukrainians living with a rare disease. Failure to do so will have significant consequences in Ukraine, Europe, and beyond.